Dreadnoughtus is a new dinosaur species - and is one of the largest beasts ever to walk the planet. These fun facts for kids will tell you all you need to know!

Find out about its size, habitat, diet and more.

This new dinosaur species was recently discovered and is one of the largest land animals ever to walk the earth. Because of its huge size it was named after dreadnought battleships, which were named from the words "dread" (fear) and "nought" (nothing).

These dinosaurs were herbivores. Scientists are not exactly sure what they ate, but they probably grazed these Cretaceous plants.

They lived 77 million years ago in the Late Cretaceous Period. You can find out more about Cretaceous dinosaurs here. 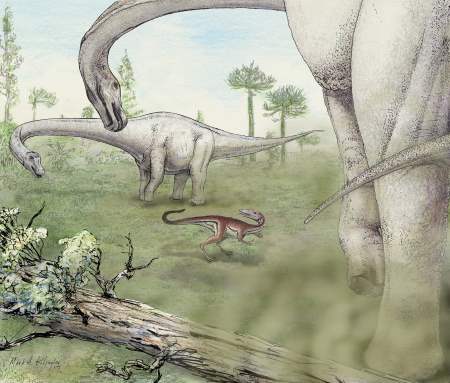 At that time the area it lived would have been mixed forests with lots of rivers. These rivers would often flood and turn the plains into sinking sand. The Dreadnoughtus fossil found is thought to have drowned in quicksand.

Its dinosaur classification is Sauropod. 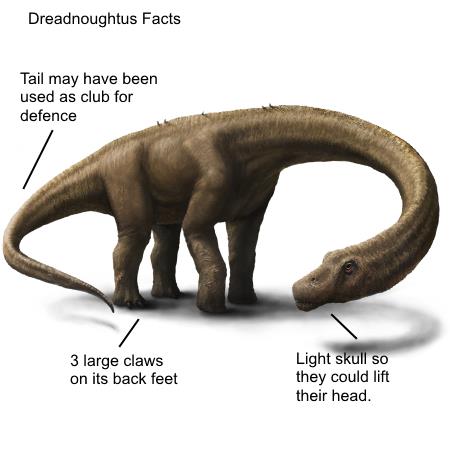 They could use their tails as clubs for defence as well as their massive size. The fossil found had what looks like a bite mark on it - but this was probably from a scavenger after it had died. Several teeth from meat eating dinosaurs were also found near the skeleton. 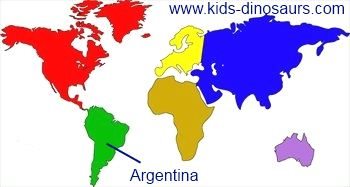 The gigantic fossil was found in southwestern Patagonia.

Scientists say that this dinosaur is among the biggest land animals to walk the earth. Its measurements are :

This means that it was about the length of a basketball court, and weighted more than an airplane. But despite its huge size, this particular dinosaur was still growing when it died!