Are you brave enough to learn about this huge dinosaur?  Giganotosaurus was one of the biggest!

These massive dinosaurs were meat eaters (carnivores) eating other cretaceous dinosaurs. It is thought they may have hunted in packs.

They lived about 97 million years ago - in the late cretaceous period. This was earlier than more well known dinosaurs such as Triceratops or T. Rex. 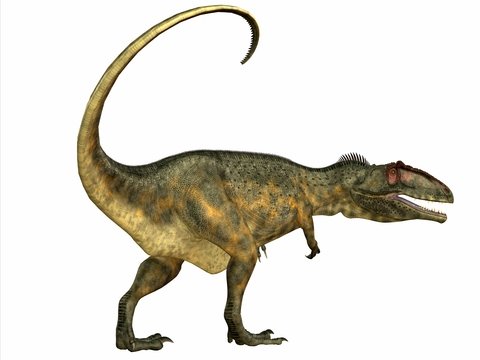 This is one of the biggest meat eating dinosaur ever discovered. Even bigger than the dinosaur T Rex - but a little bit smaller than the Spinosaurus.

Despite its size it had a tiny brain! About the size of a small cucumber. 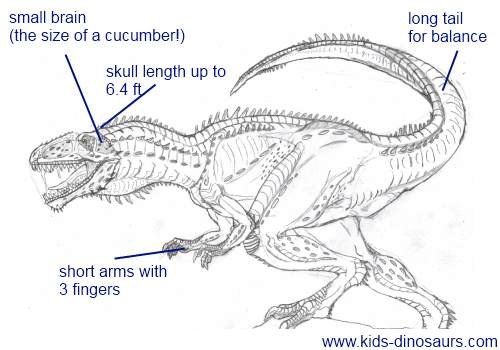 It is thought these dinosaurs would have hunted large herbivores like the Titanosaur. It would have had an excellent sense of smell. Its teeth were shorter and narrower than those of the T.Rex - but good for slicing flesh. 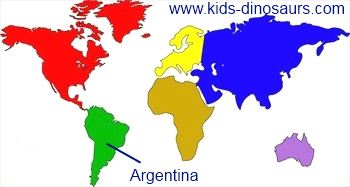 Fossils of this dinosaur have been found in Patagonia in southern Argentina.

The first fossils were found by an amateur fossil hunter called Ruben Carolini, in 1993. 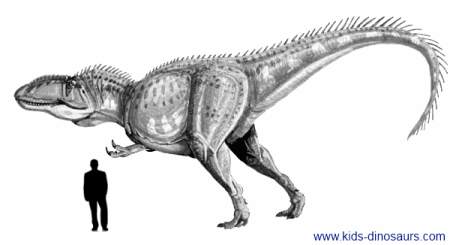 They are considered to be one of the largest meat eating dinosaur. The bigger males would have weighed over 13 tons. It is estimated that their skulls would have been 6.40 ft in length.