Looking for a list of names of dinosaurs, and what they mean?

Check out our alphabetical list of names, their meanings, and some other cool kids facts!


Click to jump straight to a list of dinosaurs, or read about how the names came about. 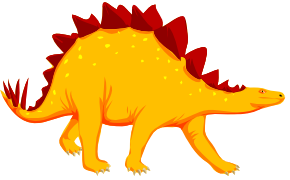 The name 'dinosaur' itself means 'terrible lizard'. The name was given to them by Richard Owen, a British Scientist. He studied animal fossils for several years, and belived that the bones came from a new group of animals - a group that at the time was unknown to science. He picked the word dinosaur by combining two Greek words - deinos (which means terrible), and sauros (which means lizard).

Many dinosaur fossils are still being discovered. They are normally named by the person who finds them, or by the paleontologist who confirms it is a new type. The name then has to be approved by the International Commission on Zoological Nomenclature.

They are often named according to where they were found, or something unusual about them. Sometimes their name reflects the type of dinosaur they are thought to be. Check out the list below to see the meanings of some of the the most common dinosaur names.