Kids Facts and Information about the Allosaurus Dinosaur

Are you a fan of the Allosaurus dinosaur? Want to find out more about it? Here's where you can check out its size, habitat, diet and more!

These dinosaurs were carnivores. At the time they lived they were the largest predators and at the top of their food chain. This means that they had no predators themselves at all. 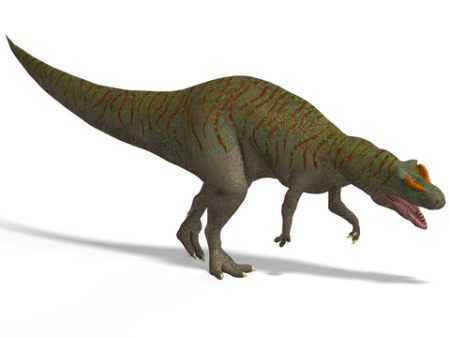 
Although they were top carnivores, they still had to be careful of their large and powerful prey. An Allosaurus fossil has been found that had been badly wounded by a Stegasaurus.

They lived about 150 to 155 million years ago - in the late Jurassic period. This was at the same time as the Diplodocus and Stegosaurus dinosaurs. 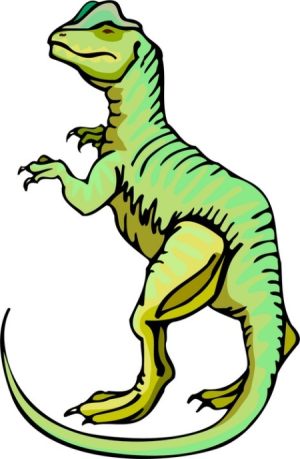 They had three fingers on their 'arms' to help them rip apart meat!

Its dinosaur classification is Carnosauria. 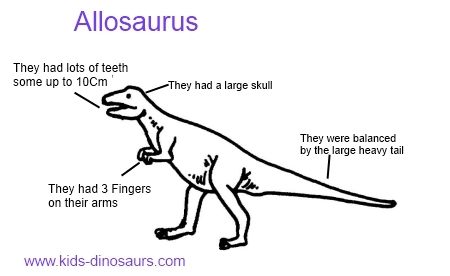 The backbone of this dinosaur was different to that of other dinosaurs, which is where the meaning of the name 'different lizard' comes from. They also had lots of teeth - some up to 10cm long. They shed their teeth frequently and scientists have found a lot of them. 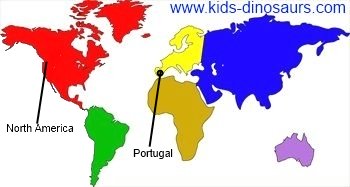 The most complete skeleton was found at Canyon City, Colorado, USA. 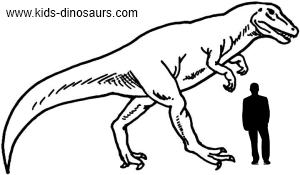 They were were around 8.5 to 12 metres long (28-40 feet) in length and weighed 4 tons. Although large, they used to gang up in packs against other dinosaurs.