Are you looking for information on the Iguanodon? These fun facts for kids will tell you all you need to know!

Find out about its size, habitat, diet and more.

These dinosaurs were herbivores. Scientists are not exactly sure what they ate, but they probably grazed these Cretaceous plants. 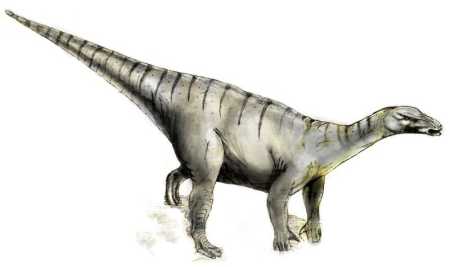 They lived 126-125 million years ago in the Early Cretaceous Period. You can find out more about Cretaceous dinosaurs here.

Iguanon had a really long little finger which it used to gather food. Their thumbs had spikes on top to help them stab food. And their teeth would be replaced throughout their lives to help them chew tough plants.

They may also have used their thumb spike to protect themselves against predators.

Its dinosaur classification is Ornithopoda. 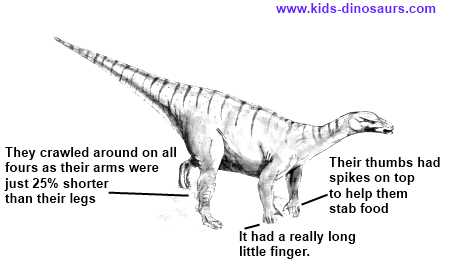 Although Ornithopod dinosaurs are usually bird like dinosaurs that walk on two feet - these dinosaurs walked around on all fours as their arms were just 25% shorter than their legs. 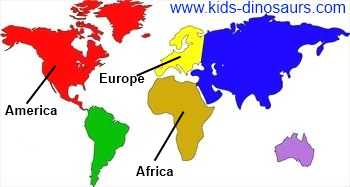 Most Iguanodons lived in Europe (including England, Belgium and the Isle of White) but fossils have also been found in Africa and North America.

They were big and bulky - growing to about 12 meters (39 feet) long. Their weight meant they wouldn't have been fast. It is thought they could get up to about 14 miles per hour.