Did you know there were a lot of Cretaceous animals? Not just the Dinosaurs! Find out who else was living during this amazing time.

Animals of the Cretaceous Period

144 to 165 million years ago the earth began to have seasons, which meant colder winters and warmer summers. This caused the appearance of many new groups of mammals and birds, as well as new Cretaceous plants.

The Cretaceous was teeming with life. Some of these animals are still around today. 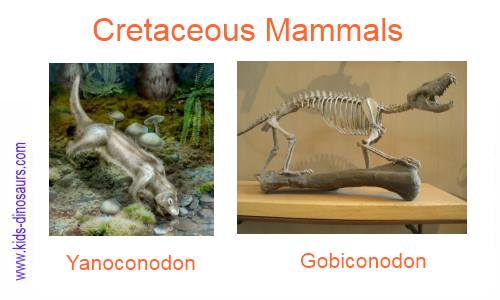 There were several mammals around during the Cretaceous. Some examples are

Dinosaurs were reptiles - but not all reptiles are dinosaurs! Here are some other reptiles that lived at this time. 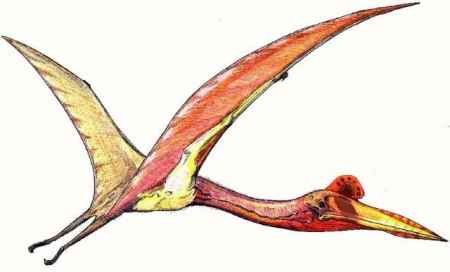 The air of the Cretaceous period was filled with flying reptiles called pterosaurs (which means "winged lizard").

Pterosaurs are the earliest vertebrates known to have flown. They came in many sizes - from the very small Nemicolopterus to the largest known flying creatures of all time, including Quetzalcoatlus and Hatzegopteryx.

The Pterosaurs would have preyed on the other smaller cretaceous animals and dinosaurs.

During this era, insects began to diversify, and the oldest known ants, termites and some lepidopterans (like butterflies and moths) appeared. Aphids, grasshoppers, and gall wasps also developed. The new flowering plants of the time also brought the appearance of bees. 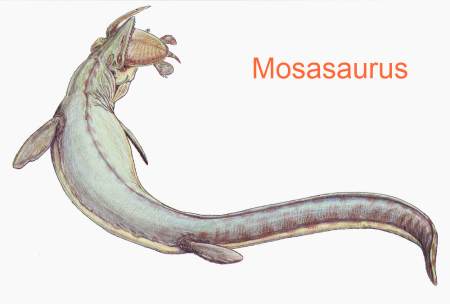 The seas of the Cretaceous were full of fish and molluscs. This provided lots of food for predators like swimming dinosaurs. Here are some sea animals of the time :

You can see there were lots of Cretaceous animals.

Check out the Cretaceous dinosaurs they lived with.