Want to know about the Protoceratops?

You are in the right place! Find out all about this great dinosaur including where it lived and how big it was. 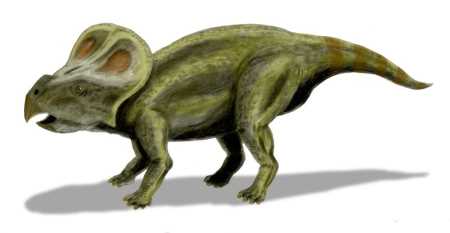 Protoceratops is a special dinosaur because they had really large eyes.

At first scientist thought this meant they were nocturnal (they came out at night). However, it is now believed that they cathemeral. This means they probably came out at regular times both day and night.

They lived during the Late Cretaceous period 75-71 million years ago. This is the same time as lots of other dinosaurs.

This was a slow dinosaur. They were too heavy to run on two legs and running on four meant they couldn't really go very fast.

Its dinosaur classification is Ceratopsia. 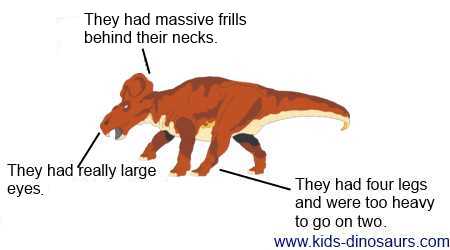 The massive frills were attached to the skull. It would have helped to protect its neck from predators. It also had very strong jaw muscles and could give a very powerful bite.

They were herbivores and would have eaten cretaceous plants. Their strong jaws would have helped them chew their food.

They have been found with fossils of the Velociraptor and Oviraptor which suggests they were predators. 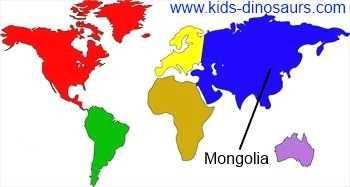 They lived in Mongolia in Asia.

Lots of skeletons found together suggest that they travelled in herds. It is also thought that the mothers looked after their young at nests. 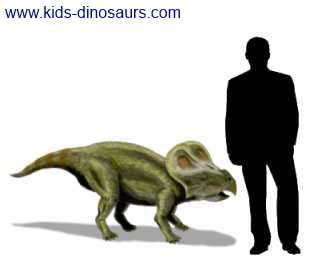