Parasaurolophus is a great dinosaur for your kids to learn about!

Parasaurolophus had a broad flat mouth that looked like a duck's beak. It was a very unusual looking dinosaur :) 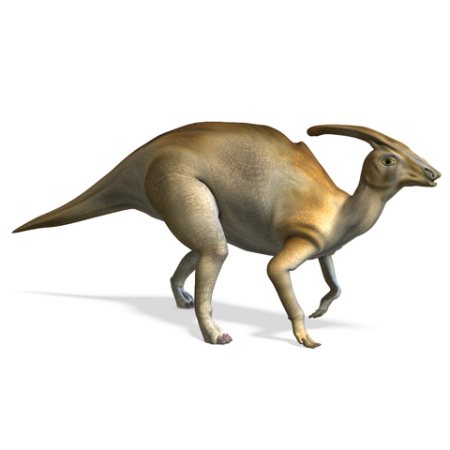 They lived about 76 to 73 million years ago - in the late cretaceous period. This was at the same time as the meat eaters Albertosaurus and Velociraptors.

The Parasaurolphus had an unusual tail that was tall but narrow. It is thought these could have been brightly colored and used to attract mates.

Its dinosaur classification is Ornithischia. 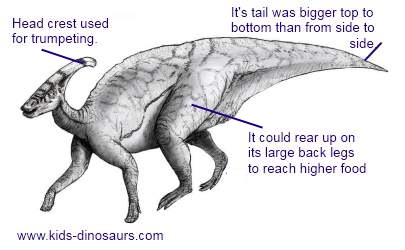 This dinosaur had a large crest on its head. On adult males this could be as long as 1.8 metres (6 feet) - which is as big as a man!


More questions you may have : 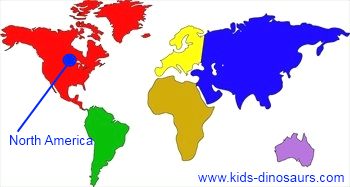 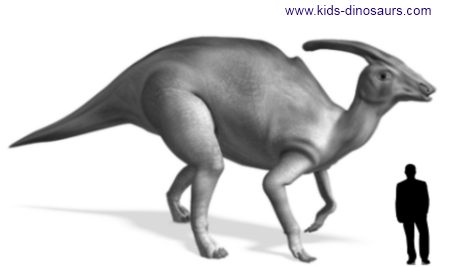