Information on the Albertosaurus

Are you looking for information on the Albertosaurus? These facts for kids will tell you all you need to know!

Find out about its size, habitat, diet and more. You will find everything here from fast facts to beautiful pictures.

These dinosaurs were meat eaters (carnivores). They ate slower moving dinosoaurs such as duck-billed dinosaurs. 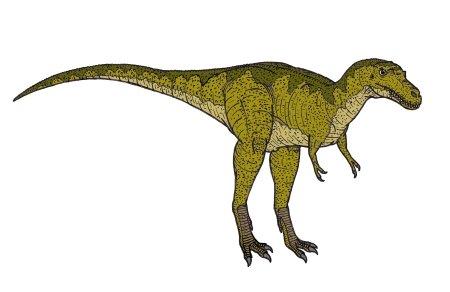 They lived about 73 to 70 million years ago - about the same time as some other big meat eating dinosaurs such as Tyrannosaurus, Spinosaurus. Find out more about cretaceous dinosaurs. 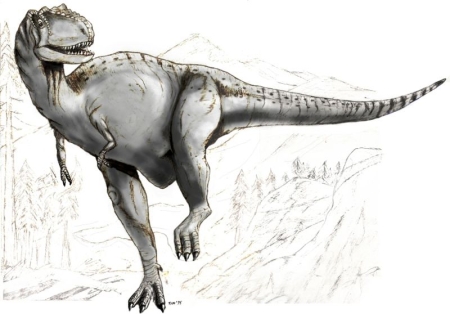 A group of Albertosaur dinosaur skeletons have been found lying together in Canada - which suggests that they lived in herds.

These dinosaurs had their eyes on the side of their heads. Because of this, it is thought that they could not see very well. However, they were still a fierce predator.

They were really fast runners because they had strong, muscular back legs. They could probably get up to 30kph (19mph). 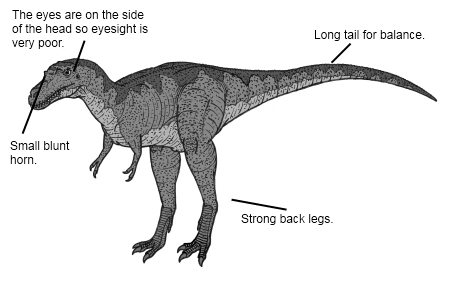 It had two small blunt horns near its eyes. They may have used these to attract mates, or to scare enemies. 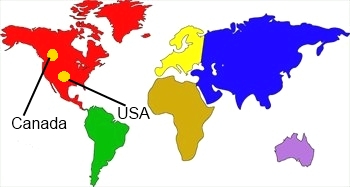 These dinosaurs were 9 metres (30 feet) in length and weighed 2 tons. They were much smaller than a Tyrannosaurus Rex.