Dinosaur Pictures and Facts for Kids

Never heard of a Tiarajudens? Find out all about this amazing saber tooth dinosaur! 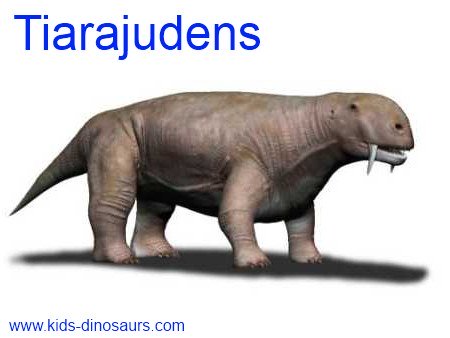 The information about this dinosaur was written by Callie, a 7th Grade Student in NC for a school assignment.

Many thanks to Callie for letting me share it with you!

Have you ever heard of a dinosaur with big razor teeth?

Did you know that there is one dinosaur that uses those teeth for his vegetarian meal? That’s right. There is a dinosaur called "Tiarajudens Eccentricus" who is a vegetarian with very large teeth.

After piecing together fossils recently discovered in Brazil, scientists think that this dinosaur has a big mouth, small eyes, 4 legs, a tail, many small teeth, but most distinctively, two large canine like teeth. 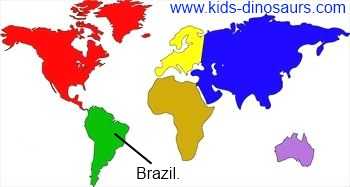 One would think dinosaurs that are vegetarians should not have such big teeth, but I believe that the massive size chompers are what make this creature unique and serve an important role in their key to survival.

It is very peculiar that a creature like this would have fearful canine like teeth and still be an herbivore. Had it not been for the research of Juan Carlos Cisneros after studying the partial skull fossil found in Brazil, one may not have believed such a creature existed. One would expect such large meat tearing teeth approximately the size of a crayon in a carnivorous animal. A large dinosaur with such teeth would make one think it was fearsome and hunted other animals to devour, but researchers have discovered that in fact this large dog sized dinosaur munched on leaves and stems. 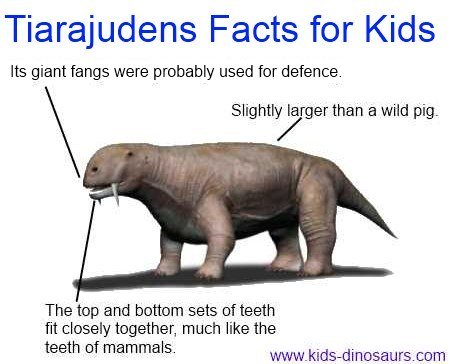 According to paleontologist Cisneros, finding a fossil such as this is like “finding a unicorn – you see it, but you don’t believe it.” After studying the fossils that when constructed made a partial skull of the tiarajudens eccentricus, researchers concluded that it was the first known dinosaur to have its top and bottom teeth fit together for an efficient chew. However, the placement of the teeth is bizarre as well. It seems as if all the teeth look as if they have been put in the mouth backwards.

Just because this dinosaur was a vegetarian does not mean it was harmless and not feared by other creatures. Its dagger like teeth were most likely used to scare away other predators or other rival dinosaurs. Such fearsome teeth would be very beneficial in battles over territory. It has also been suggested that during mating season, the tiarajudens eccentricus used its dagger like teeth to scare away other males that were considered a threat.

In conclusion, it is easy to see why researchers may have thought they had come upon the fossil of another fearful dinosaur predator. Not only did this creature have crayon-size sabre like canines, but the entire roof of its mouth was covered with teeth. But rather than being a ravenous meat-eating beast, the Tiarajudens Eccentricus feasted on nothing but leaves and stems. While the dagger- like teeth may not have been very useful in eating, the teeth definitely had a purpose. These animals most likely used their teeth to intimidate rivals, to attract or protect a mate or were used to scare off any potential predators.

This unique fossil finding was extremely bizarre and puts this dinosaur in a unique class by itself.