Deinonychus was one of the cleverest dinosaurs when comparing its brain size to the size of its body.

Find out all about it. Pictures, diet facts, size and where it lived. And whether having feathers meant it could fly! 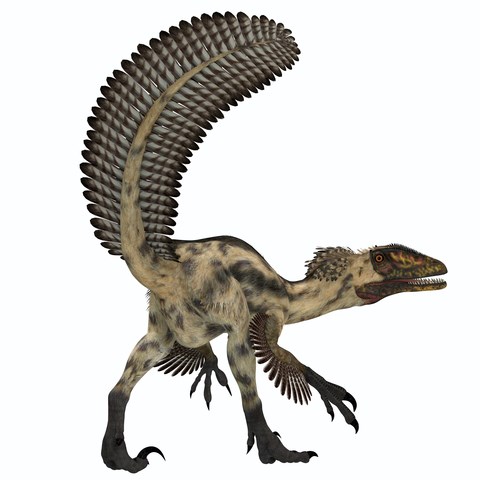 Deinonychus was a feathered dinosaur with terrible claws - hence its name. It had three claws on its 'hands' and a large talon on the back legs.

It was a carnivore or meat eating dinosaur.

They lived during the Early Cretaceous period 115 to 108 million years ago. 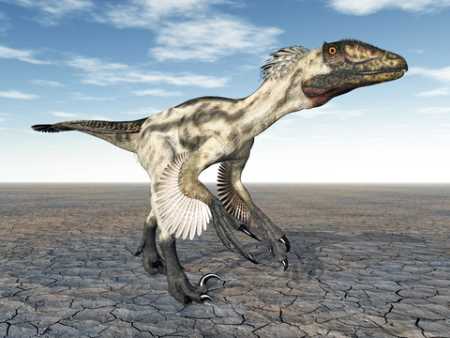 This dinosaur was really like a bird. It had feathers but was not a flying dinosaur and couldn't fly. Instead the feathers could have helped to streamline it for running, or kept it warm. However, it probably wasn't particularly fast compared to other dinosaurs.

The talons on its hind legs could retract when the dinosaur wanted, so it could tuck them in for running and walking. Then it could bring them out again later to rip apart food.

It has a dinosaur classification of Theropod. 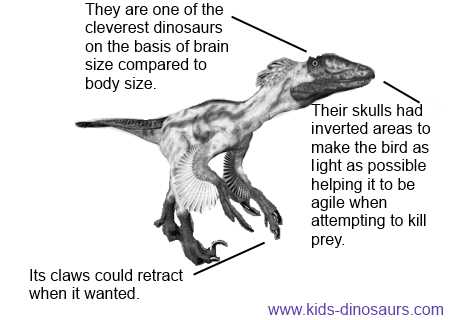 It had a large brain for its body size, so this was a clever dinosaur. Both the skull and the jaw had openings to make it lighter - this would have helped the dinosaur to be more agile.

It laid eggs in nests.

Several Tenontosaurus dinosaur fossils show bite marks from Deinonychus. It isn't certain whether Deinonychus hunted this larger dinosaur in packs - or jumped onto their backs and began feeding like some birds of prey do. 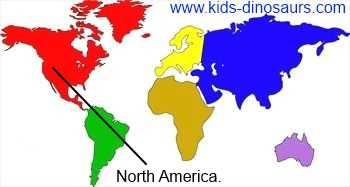 Fossils have been found in several places in North America. It lived in a swamplike, or tropical forest habitat. 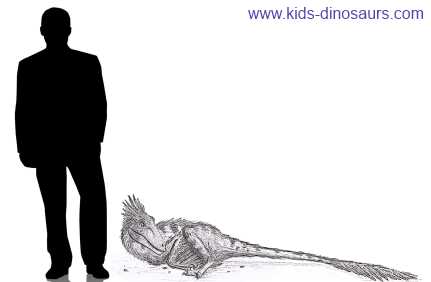 It was qute short - about the height of an average adults' elbow when standing. Their length was 3.4 meters (11 feet) long.