Ceratosaurus is a very interesting dinosaur to learn about! If you want to know when it was first discovered, where it lived and what it ate - you are in the right place! 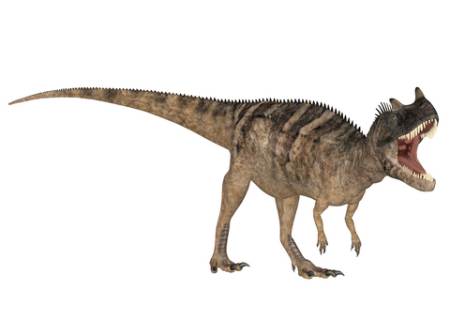 This carnivorous dinosaur (meat eater) had a strong jaw with teeth like blades. Although it could have fed on large dinosaurs, scientist think it may have fed on fish and crocodiles.

It lived in the late Jurassic period (about 153-148 million years ago). Around the same time as the Allosaurus and Brachiosaurus dinos.

Its dinosaur classification is Theropoda. 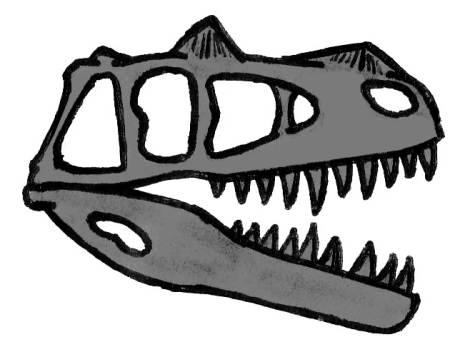 It had horns above and forward of its eyes - and a large nose horn.

There are lots of suggestions about what it used its horn for - some scientists think it helped the hatchling dinos to break out of their eggs, others that it was used for non lethal fighting among males. Scientists don't think that it would have been much protection against predators. 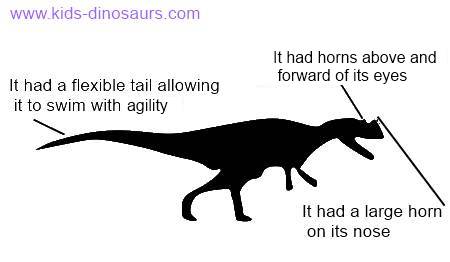 Ceratosaurs had a deep tail and a flexible body. This would make it a good swimmer.

Where did it live? 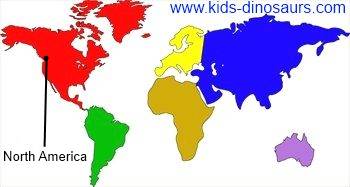 Skeletons have been discovered in Utah and Colorado. You can see a drawing of its skeleton on my skeleton page.

How big was it?

This dinosaur was about 4 meters (13 feet) tall.

Would you like to see how it compared to an Allosaurus?

So you can see they were smaller than the Allosaurus - but their more flexible body may have given them an advantage in a fight.